What is Blockchain and Why are Businesses Choosing It? 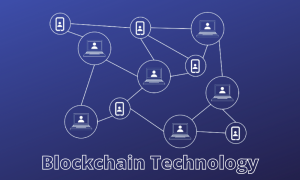 Now that blockchain technology has been making the news, many suppliers want to introduce it into their supply chains. But no one is quite sure how or where to start. Blockchain is expanding in the world. It is the design of a digital public ledger where an electronic record of transactions is distributed across multiple sites identified by cryptography.

While uses are diverse, they may most commonly be found in prosumer sectors and the worlds of finance, banking, and insurance. Do you want to learn about Blockchain for the supply chain? Here is a brief insight into Blockchain and its importance. Check this article to know more.

An Introduction to the Robust Blockchain Technology

Blockchain refers to blocks of verified and immutable transactions linked together in chronological order to form a chain. From here, the word “Blockchain” was coined.

Blockchain is a web-based technology valued for its capacity to validate publicly, record, and distribute transactions in immutable, encrypted ledgers. The system was designed to support bitcoin transactions, the digital currency that operates independently of a central bank.

In essence, blockchain automation creates and distributes the ledger, or record, of every bitcoin transaction to hundreds, if not millions, of computers connected to the network all over the world.

Some of the Core Benefits of Blockchain

The nature of Blockchain can help enterprises save money. It improves transaction processing efficiency. It also lowers manual duties such as data aggregation, editing and reporting, and auditing procedures.

Blockchain fosters trust between entities where faith is either absent or untested. One of the most frequently mentioned advantages of Blockchain is the facilitation of trust. Its worth can be seen in early blockchain use cases, which eased transactions between companies that did not have direct contact but needed to share data or payments. Bitcoin and cryptocurrencies, in general, are iconic illustrations of how Blockchain fosters trust between strangers.

Another significant advantage of this developing technology is the security of blockchain-enabled applications—the greater security provided by Blockchain results from how the technology operates. Blockchain generates an immutable record of transactions that prevents fraud and illegal activity with end-to-end encryption.

Traditional paper-intensive procedures are time-consuming, prone to human error, and frequently need third-party intervention. Transactions may be conducted faster and more efficiently by optimizing this procedure with a blockchain app developer. Documentation and transaction data may be recorded on the Blockchain, removing the need to reconcile various ledgers, clearing and settlement may be completed significantly more quickly.

A transaction can also be automated with smart contracts, increasing your efficiency and speeding up the process. When unavoidable circumstances are satisfied, the next stage in the transaction or operation is automatically activated. Smart contracts eliminate human involvement and reliance on third parties to ensure that contract requirements are honoured.

Blockchain’s key technology is the decentralized ledger, which stores and secures transaction data shared by numerous parties. Cryptocurrencies such as Bitcoin, Ethereum, and Dogecoin use the Blockchain to allow unlimited and anonymous participants to perform transactions without an intermediary.

However, in supply chain management, the emphasis is on letting a limited number of known parties conduct direct transactions while increasing security, assuring contract compliance, and lowering costs.

As a new technology, most organizations are expected to wait until it develops before contemplating its usage. However, organizations in various industries are already utilizing the Blockchain’s capabilities in their supply chains.

Bitcoin may have paved the way, but the blockchain developer‘s role in reshaping the global economy will extend beyond cash. Blockchain automation can provide greater control and insight into the supply chain than has previously been possible.

Blockchain offers the key to unlocking cheaper costs, more efficiency, and a stronger position in a crowder and competitive industry for firms willing to embrace the changing face of supply chain management and invest in the necessary networking and technology.

There is a significant change for improvement in supply chains in terms of end-to-end traceability, product delivery speed, coordination and funding. Blockchain can be a strong tool for correcting problems. It is now time for the supply chain managers who have been sitting on the side-lines to evaluate the possibilities of blockchain for their companies.

They must join efforts to design new rules, experiment with different technologies, run pilots with multiple blockchain platforms, and collaborate with other companies to build an ecosystem. This will necessitate a financial investment, but the payoff is expected to be substantial.